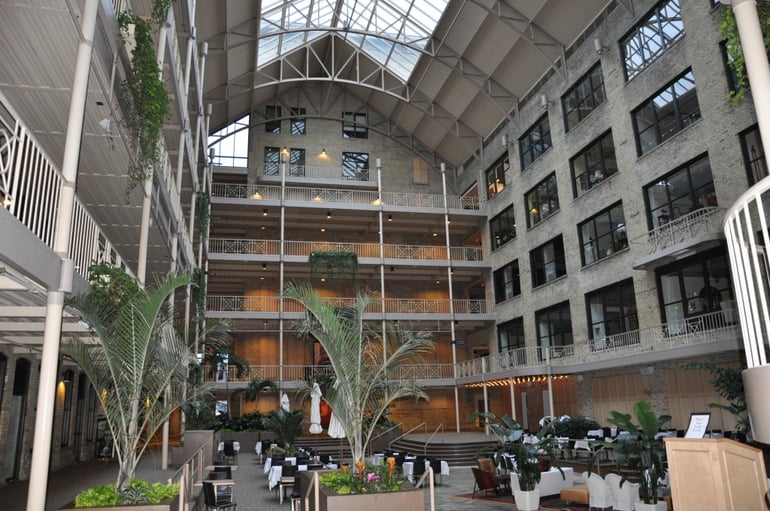 Exosite has expanded its technology footprint in the Minneapolis area as a fast-growing Internet of Things (IoT) software company. Since incorporating in 2009, Exosite has consistently doubled in size year after year and recently moved into a larger office space to better accommodate the fast-growing team.

The adaptive reuse office space is in the historic Minneapolis International Market Square (IMS) building. The office is ~6,500 square feet and features large glass windows and exposed brick walls. The building is just two blocks away from Exosite's previous office space, which sits just outside the city in the Sumner-Glenwood neighborhood. It’s close enough to downtown to walk to the farmers market and brew pubs, but far enough away to enjoy the luxury of an enclosed parking lot. That’s a nice perk to have during the brutal winters of Minnesota! The new office was initially scheduled to accommodate a three-year growth plan, but the rate at which the team has grown over the past several months might require additional expansion sooner.

We will be hosting our local tech friends and customers at an open house on Thursday, February 19th. More information to come soon.